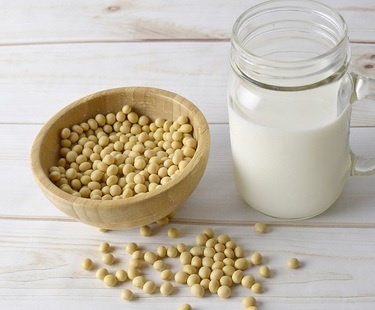 Soy is native to Southeast Asia and is a subtropical plant. This plant grows from 30 to 150 cm in height and has between 1 and 5 feet. It comes from the pea family and has between 3-5 pods, each containing between two and four grains (or soybeans). Soy has been a staple in Asian countries for at least 5,000 years. During the Chou dynasty in China (1134-246 BC), fermentation techniques were discovered that allow soy to be prepared in easier to digest forms, such as soy sauce tempeh, miso, and tamari.

Its composition includes proteins, isoflavones, and fiber. All of these are very good for human health. Soy is an excellent source of dietary protein, including all essential amino acids. Soy is also a source of lecithin or phospholipid. Soy isoflavones and lecithin have been scientifically studied in many health conditions. People who have studied this plant say that isoflavones and genistein have estrogen-like effects on the body, so it is also called phytoestrogens.

People who have studied this plant say that soy may be useful as an alternative to estrogen therapy. The study was conducted with the help of 80 women, aged between 45 and 60, and randomly assigned them a placebo, a low dose of soybeans, or a high dose of soybeans every day. This study looked at different outcome measures, including the frequency of hot flashes, before and again at 12 and 24 weeks after treatment.

The researchers said that following this study, all women experienced a reduction in hot flashes due to menopause after the study period. Women who received low and high doses of soybeans had the greatest benefits compared to those who received a placebo. In conclusion, they said that supplementing soybeans can be beneficial for women experiencing menopausal symptoms. However, more evidence is needed before soybeans can be recommended as a potential alternative to estrogen therapy.

In addition to these very useful benefits, soy also has potential benefits in other risk factors for cardiovascular disease, reducing menopausal symptoms, weight loss, arthritis, improving brain function and improving exercise performance. In women, eating soy reduces the risk of breast cancer in women, and in men reduces the risk of prostate cancer. At the same time, the use of soy formula for the treatment of diarrhea in infants has been investigated and is an effective and safe alternative to the formula of cow’s milk in most babies.

In conclusion, there is currently insufficient evidence to recommend either or against the use of soy for weight reduction.